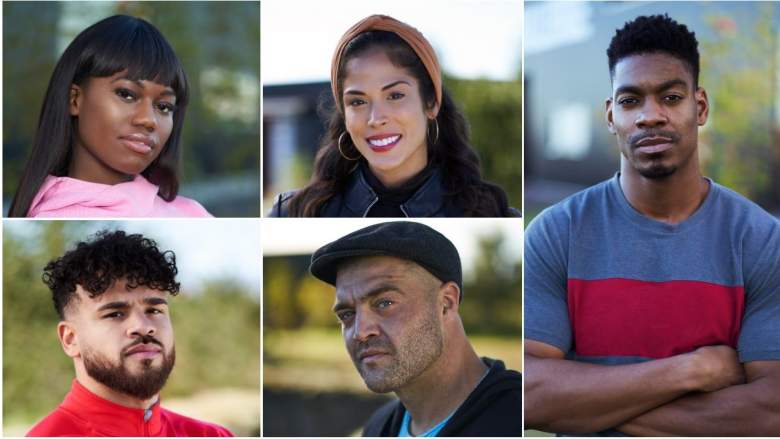 Challenge: The 15th. The third episode of Double Agents aired Wednesday night, and as one of the final episodes of the season, Never Say Die disappointed fans with its intensity and drama. Warning: This article contains spoilers for episode 15 of The Challenge: Double Agent, airing on the 24th. March at 8pm. ET/PT on MTV.

The daily challenge in this episode was a thrilling parachute jump where participants had to remember the key to the puzzle while falling out of a plane – a visually stunning challenge that tested their fear of heights. After landing, teams had to run half a mile to the puzzle and solve it using their memory of the solution key.

Two teams participated in the competition: Corey Wharton and Cam Williams, Leroy Garrett and Casey Clark. The duo of Leroy and Kaycee won the fourth daily challenge of the season and the house voted almost unanimously to send Tula Big T Fazakerley and Chris CT Tamburello to elimination.

Enea Ferreira and Kyle Christie were at the bottom of the pool, losing to Big T and CT. Because it was a women’s elimination day, Big T and Aeneas faced each other in the Fire Escape, the third time this season that elimination was used. Aeneas couldn’t keep the momentum going, and Big T won the first Challenge elimination of his career, earning him a gold skull and a spot in the finals.

Then she decided to stay in CT and turned down the opportunity to shake up the alliances in the House, and Kyle was paired with the villainous agent Amber Borzotra.

The cast had the chance to talk about the exciting Spy Divechallenge.

It could apply to anything… especially to this diving mission https://t.co/MwIy4bTww5

The cast had a lot to say about this episode of the show, including the fear and excitement of the daily challenge. Here are some of the responses:

I was so frustrated! !! This is definitely something I would like to do. https://t.co/d8QDDkDWPn

What matters is that he said he heard me. https://t.co/MmiMFn2821

The look on my face says it all: I’m shocked how hard it is to get double agents.

It wasn’t 10 feet @KyleCGShore, you always make up stories but you’re always my friend ….. moron

I believe everything happens for a reason. No way I’m getting off a plane alive = ⚰️ @ChallengeMTV #TheChallenge36

Fans also spoke out about the challenge, especially the 800-meter running section, and the controversy between CT and Fessy Shafaat. Here are some of the responses:

Fessey talks like he won the finals …. #TheChallenge36 pic.twitter.com/X9DmgGnrCP

I’m after Fessey saying CT is underrated, but he didn’t dare in the only final, at #TheChallenge36 pic.twitter.com/btyPN465yb

Kam, this is me when I see people on TV starting to fight #TheChallenge36 pic.twitter.com/nRtubwAHnB

A fan said: Fassie has the biggest ego on this show and why? What did he do except beat someone one-handed at pole vault, beat someone half his size at gymnastics, and finish last in the finals. As for the daily challenge, one of them wrote: One thing in the cell. She’ll be screaming for Leroy during the interview.

Another said: I think it’s time to acknowledge that Kaycee and Leroy have outperformed every other team this season and deserve their colors for being an unstoppable duo.

Fans had ample opportunity to cover the destruction of Aeneas right before the finale and Big T’s firstvictory.

Cast members also shared their thoughts online about whether Big T could be a partner in taking down Fessy and Aneesa:

Oh no, now I’m stuck with this guy.
What did I get myself into? ! ♀️ @KyleCGShore #TheChallenge36 pic.twitter.com/3JJT5CUMOF

People are definitely sleeping on @AneesaMTV. He’s a legend in this game. #TheChallenge36

Because they don’t watch the edited episode. They know who offers them the best opportunities, because they see everything you don’t. https://t.co/Sp28IPGyxc

Fans also reacted to what was happening on the screen. Many of them showed their support for Big T, but also commented on Aneesa’s exit at the end of the match. One of them said: I want to see Aneas win, but I also want to see Big T prove them wrong. Another said: Honestly, I think Big T would have taken Nani at that choice too. I’m proud of Big T!!! But I will miss Anessa! !! Here are some other reactions :

How can you be on call for multiple seasons and not coach Anessa? #TheChallenge36 pic.twitter.com/I8IWofV8tZ

Actually, Kyle was right. Big T must have chosen Leroy to protect her. KT had to go back with Kam to keep him safe. CT, Big T and Kyle/Amber are leaving next week if they don’t win. And every elimination until the final #TheChallenge36

I’m worried about Big TCS and Amber/Kyle. If they don’t win every day, they are guaranteed a spot in #TheChallenge36.

Wednesday, 24. In February, the SLO Creed FFA contest was held in…