How to Learn to Argue and Defend Your Opinion | Expert Advice

How often do you argue to prove your opinion? Some people do it all the time because they are sure they are right even when their point of view has no basis in fact. Others avoid arguments, mistakenly believing that their position is not worthy of attention. Then there are those who, having made a stock of arguments and verified facts, confidently defeat their opponents. Which category do you belong to? If the first two, can you change the situation and learn to intelligently defend yourself and your position?

Do People Need to Defend Their Opinion?

This is an interesting question, especially when you consider the fact that there are as many opinions as there are people on the planet. And while some people hold to their opinions in silence, others believe that they are right all the time. And this despite the fact that often their point of view is not justified. Such personalities will argue to the last, it’s impossible to change their mind.

There is the fallacy of such behavior because in some cases, it’s better not to force the opponent to change his opinion, but to leave this conversation for later. But this is only one side of the coin. The other is that in many situations it is on the right opinion that human life depends, no more and no less.

It turns out that it’s impossible to give a definite answer to the question of whether to defend his point of view. It all depends on the circumstances.

Is Truth Born in Dispute?

This is what Socrates is said to have believed. But in fact, he was touching on more profound points than the usual exchange of opinions in elevated tones. The philosopher loved conversations with different people. Not only did he convey his opinions to them, but he himself had a lot of useful information. Thanks to this, no one remained upset, offended or aggressive. This is what the search for truth looks like. Not only are you proving your point, but you are also enriching the knowledge that your opponent has.

Perhaps you are afraid to argue because of its absence. But think about the fact that many people stubbornly defend their point of view without any evidence that they are right. No, they are not role models. That’s not the point. A person who can prove their point with facts and arguments is always in a better position.

It would be good to set aside time for self-development. Especially when you know you have gaps in this or that area of knowledge. And it appeals to all the spheres from programming to betting at 22 Bet. Never assume that someone is better than you, smarter, etc. Such reasoning is not only demeaning. They make you an easy target for those who like to manipulate and suppress.

The Art of Communication

There is a statement that the winner of the dispute is not the one who is right, but the one who knows how to convey their point of view to others. That is why it is important to develop the art of asserting their positions. It is not about hysterical shouting and quarreling, as in some TV series and famous talk shows. The ability to communicate properly is about solving conflict situations, the ability to find an approach to each individual interlocutor, oratorical skill, 100% possession of facial expressions, gestures and voice. Mastering these skills is difficult, but not impossible.

This is perfect for aggressive opponents. Psychologists recommend using three different techniques. The first involves listening carefully and seemingly agreeing with his point of view. However, after that you make one single powerful argument that proves you are right in a moment.

The second technique concerns positive responses. Build the dialogue so that each of your questions, the interlocutor answered in the affirmative. Later, when you touch on more difficult topics, he will quickly and painlessly agree with your opinion.

And finally, the third method is the “salami”. Bringing hard facts and arguments, gradually prepare the person to answer in agreement on the main issue. And then move on to a discussion of the details.

By the way, quite effective in the dispute is a rehash. This is a technique in which, step by step, the opponent is led to the conclusion that he made, the opposite of his point of view.

Put Yourself in the Place of the Interlocutor

You must do this, of course, mentally. Suppose you are sure that the person is fundamentally wrong. But he for some reason stubbornly proves otherwise. Think about why he’s doing so? Once you have the answer to this question, it will be easier for you to find the right arguments and change his mind. 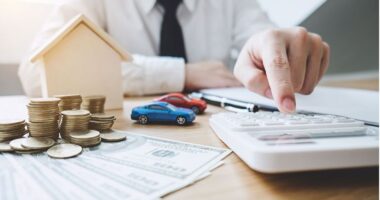 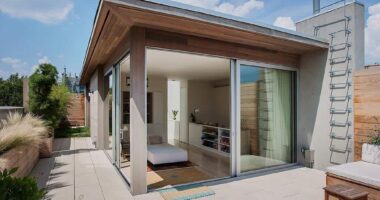 There are many benefits to having Automatic Doors installed in your building.…

In every marketplace, the goal is to attract and maintain as many… 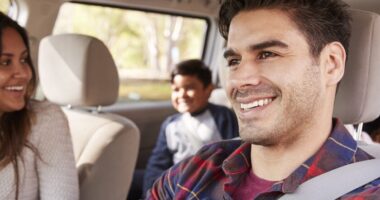