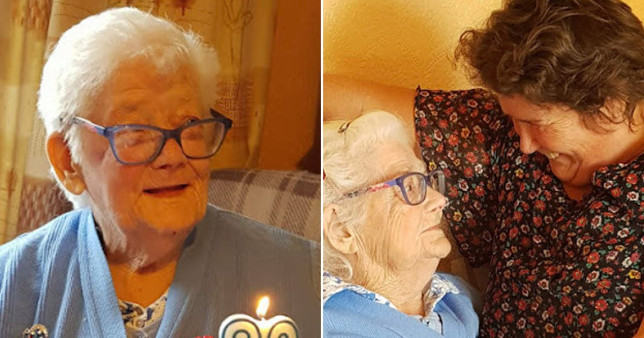 Mary Stewart is one of the people who died during the pandemic and whose lives will be memorialized by the trees in the new Forest of Memories (photo by Tina Stewart-Tutton).

A former NHS employee who spent her life fighting for her right to exist after a difficult upbringing is to be remembered in the forest of pandemic victims.

Mary Stewart, 90, lived just a few hours in the hospital three times before passing away at her daughter’s home surrounded by family in September 2020.

The great-grandmother will now have a special tree in the Forest of Memories, established by the nonprofit organization Our Heroes CIC, which aims to plant a sapling for every life lost to Covid-19.

Mary’s daughter, Tina Stewart-Tutton, said the landing and accompanying online dedication are appropriate because her mother’s life is largely undocumented.

Tina, from Newport, told the Met: My mother was an orphan and had no birth certificate or other registration documents.

She has spent her entire life fighting for the right to exist, whether it be to marry or to have our birth certificates credited.

To be recognized alive and win so many battles, including against Covid, before he finally caught up with her is incredible, it means so much to us as a family. 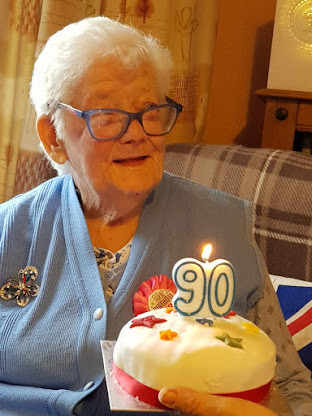 Mary prepares to blow out her candle when she turns 90 (Photo: Tina Stewart-Tutton)

In May 2020, Mary was re-examined by paramedics within hours of her death, and her daughter came to say goodbye for the last time and hold her hand while wearing a PPE.

However, Tina, 57, says her mother found the strength to come to her mother’s bedside and was able to bring her home.

Tina, a social worker, said: When I saw my mom in the hospital, she woke up and I begged her to let me spend some time at home with her family.

After we got her back, she was able to see her family while wearing the PPE, and for a few months we were able to walk the grounds with her in her wheelchair. She even stood up and took a few small steps.

But unbeknownst to me, Covid had destroyed her body, and she couldn’t fight anymore. 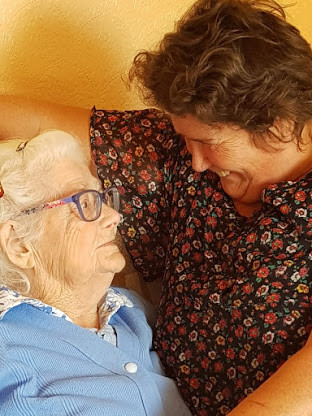 Mary died peacefully on the 12th. September 2020 to complications of an undiagnosed heart condition caused by Covid.

She was a bubbly, independent, defiant and mischievous person who loved nothing more than to laugh and joke, usually at my expense, Tina said.

Outside her house, she was a cheerful person who talked to everyone, but she didn’t allow anyone into her house because she was afraid she would be taken advantage of, which is institutionalized behavior.

She remained a strong, independent, community-oriented person and a devoted mother who always had her family’s best interests at heart.

Mary is survived by three other children, eight grandchildren and two great-grandchildren, with one more on the way.

His family’s experience has much in common with that of others who lost loved ones during Covid, whether it was the 126,713 people who died or the effects of the pandemic.

The Remembrance Project aims to create a network of commemorative woodlands across the UK. Work is expected to start in October, during the tree planting season, once the sites are completed.

In March, our ICC heroes joined forces with Marie Curie to host the charity’s National Day of Reflection to mark the first anniversary of the first blockade.

For more stories like this, check out our news page.

Get the news you want
Latest news, feelgood, analysis and more

The 2021 NHL regular season, which will put the health and safety…
Hey there! Before reading the article which is about 3 best trade…

The microbiome, or the collection of microbes that live on and in…