Armed men kidnapped dozens of students in northwestern Nigeria on Thursday night, authorities said. This is the fourth mass kidnapping in as many months in a region plagued by a deteriorating security situation.

Shortly before midnight, the attackers broke through the fence of the Federal Forest College in Mando, Kaduna State, and started picking up students, security officials said. The attack took place a few hundred yards from the National Defense College, which houses 3,500 students.

Shehu Sani, a former senator from Kaduna, said security agents had told him that the kidnappers had separated the girls from the boys and taken only the girls.

Young women are easier to deal with – they don’t try to escape, he said. And there is a way for kidnappers to get a higher price. …. This is the world we live in now.

Soldiers from the army’s first division were deployed and 180 students were rescued after a fire injured several people, but more than 30 people are still missing, officials said. Police said there were no further details on the number of students kidnapped.

Photos show hundreds of girls after being released by militants in Nigeria. They had been kidnapped from their boarding school four days earlier, in the largest kidnapping of schoolgirls in history. Photo: Afolabi Sotunde/Reuters (video dated 3/2/21).

A rescue team comprising the army, air force, police and intelligence agencies conducted a search for the missing students. But the eyes in the sky can’t do much in the vast Rugu Forest, which stretches across three states and hundreds of miles. The end of the rainy season in January means that the foliage is particularly dense.

This was the fourth mass abduction of schoolchildren since December in northwestern Nigeria, where increasing armed militancy has led to a deterioration in the security situation and kidnapping for ransom has become a lucrative business.

None of the perpetrators of the recent school abductions have been arrested so far.

The decision comes less than two weeks after 279 girls were abducted from a boarding school in neighboring Zamfara state and released just days after ransoms were paid, according to former hostages and people familiar with the negotiations.

On Friday morning, parents and family members gathered at the college in anticipation of the news. Some residents said that when they heard the shots fired by the kidnappers at the college at night, they thought it was a military drill at the military school.

The former general, who has been criticised for the deteriorating security situation in Northern Nigeria, said his government was doing all it could to put an end to the sinister and heartbreaking cases of kidnappings. He blamed the governors of the states for paying ransom as well, saying this would encourage them to carry out more attacks.

State governors publicly refuse to pay free hostages. But security analysts say kidnappings for ransom are becoming one of the fastest growing sectors in Nigeria, a U.S. ally in the war on terror that is already grappling with a decade-long jihadist insurgency and rampant gang violence and lawlessness. 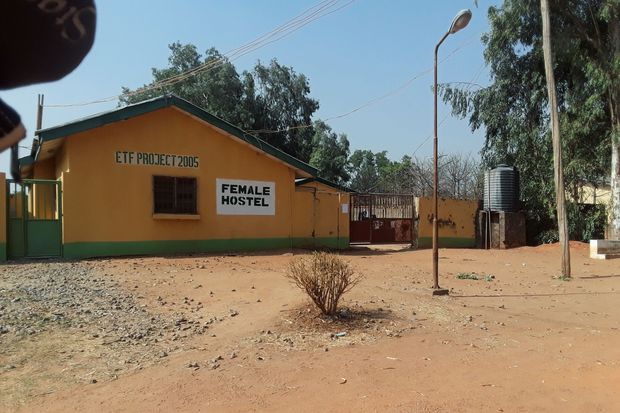 One of the dormitories where militants abducted students from the Federal College of Forestry.

The increase in kidnappings for ransom is a sign of the growing link between crime and terrorism in the region. Boko Haram, the jihadist group that kidnapped 276 schoolgirls in 2014, has unleashed a global #BringBackOurGirls campaign and released a video claiming responsibility for the abduction of 344 schoolgirls in Katsina in January, which officials say was an attempt to influence negotiations.

The criminal groups involved in the kidnappings profit from weapons shipped south from war-torn Libya through Niger and the Nigerian border. One of the bandits, who pleaded guilty to kidnapping Katsina in exchange for government amnesty, said that buying weapons today in the North is like buying bread.

In a recent report on kidnappings across Nigeria, SB Morgen, a Lagos-based geopolitical research firm, found that nearly $11 million was paid to kidnappers between January 2016 and March 2020. This situation has become a national emergency, the report said. The effect of the kidnappings on education in the northern states has raised fears that the lost generation will be recruited by criminal and terrorist groups, thus fostering a vicious cycle of insecurity.

This week, the governor of Yobe State said he would close schools for fear of kidnappings. This is the fourth Nigerian state to close schools in a vast region of about 20 million people. This week, government officials announced the deployment of 6,000 troops in Zamfara, considered the epicenter of banditry. But the recent kidnapping shows how widespread and extensive the problem is.

A recent report by the authorities of Kaduna State indicates that last year about 3,000 people were killed or abducted by criminal gangs in that state alone.