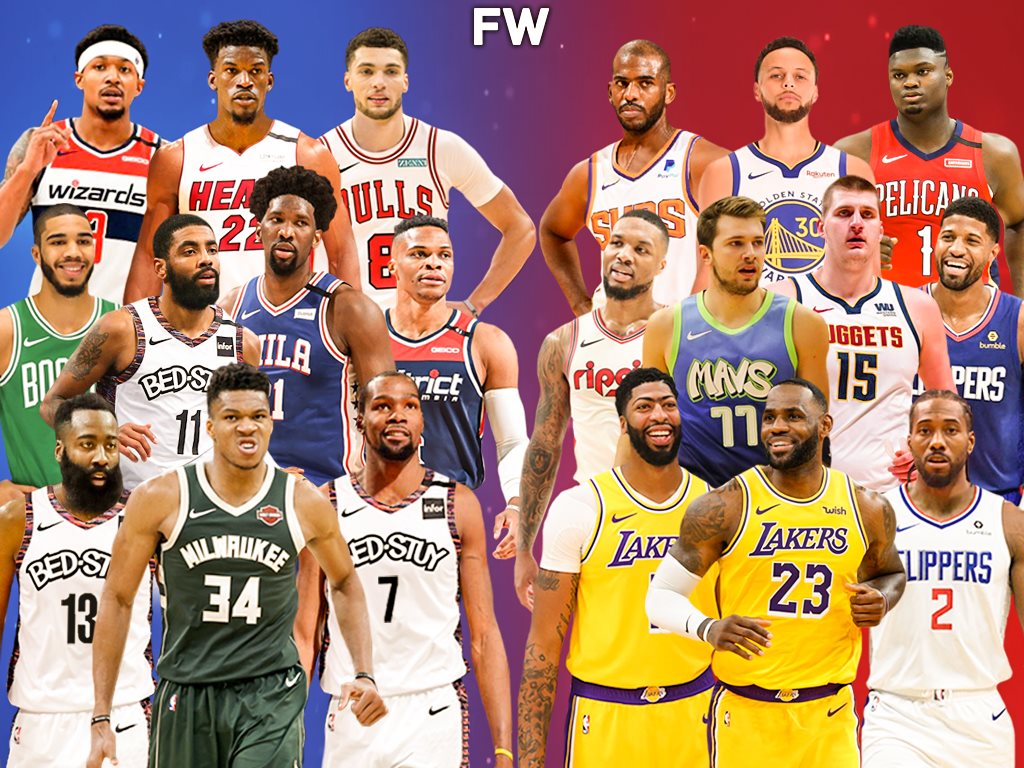 The Western Conference has had the stigma of being the strongest conference in the NBA for years. Teams like the Spurs, Lakers and Warriors have dominated professional basketball for the past two decades and include some of the greatest players in history. Tim Duncan, Kobe Bryant, Shaquille O’Neal, Stephen Curry and Kevin Durant dominated the Western Conference, winning 15 of the last 22 NBA titles.

The Los Angeles Lakers won the most NBA titles in the West with 12, followed by the San Antonio Spurs with 5, the Golden State Warriors with 4 and the Houston Rockets with 2. Clearly, players like Magic Johnson, Kareem Abdul-Jabbar, Shaquille O’Neal, Kobe Bryant, Tim Duncan, Stephen Curry, Kevin Durant and Hakeem Olajuwon were the biggest contributors to these Western Conference champions. The Los Angeles Lakers, led by LeBron James, were the last NBA champions to represent the West in 2020.

In the East, the Boston Celtics and the Chicago Bulls have won the most NBA titles, 6 each. Of course, since the conferences weren’t founded until 1971, Bill Russell’s Celtics aren’t among the other great teams. The Celtics have brought many legendary players like Larry Bird, Kevin McHale and Paul Pierce to the East to win NBA titles. Michael Jordan and the legendary Bulls dynasty are responsible for six NBA titles in Chicago. The Detroit Pistons and Miami Heat each have 3 titles, led by the Bad Boy Pistons’ MVP in the Finals, Chauncey Billups, Dwyane Wade, Shaquille O’Neal and LeBron James. The last champions of the Eastern Conference were the Toronto Raptors in 2019.

Here’s the full list of current superstars from the West and East and the conclusion that the conference is actually more interesting when you look at the landscape and history of the modern NBA. 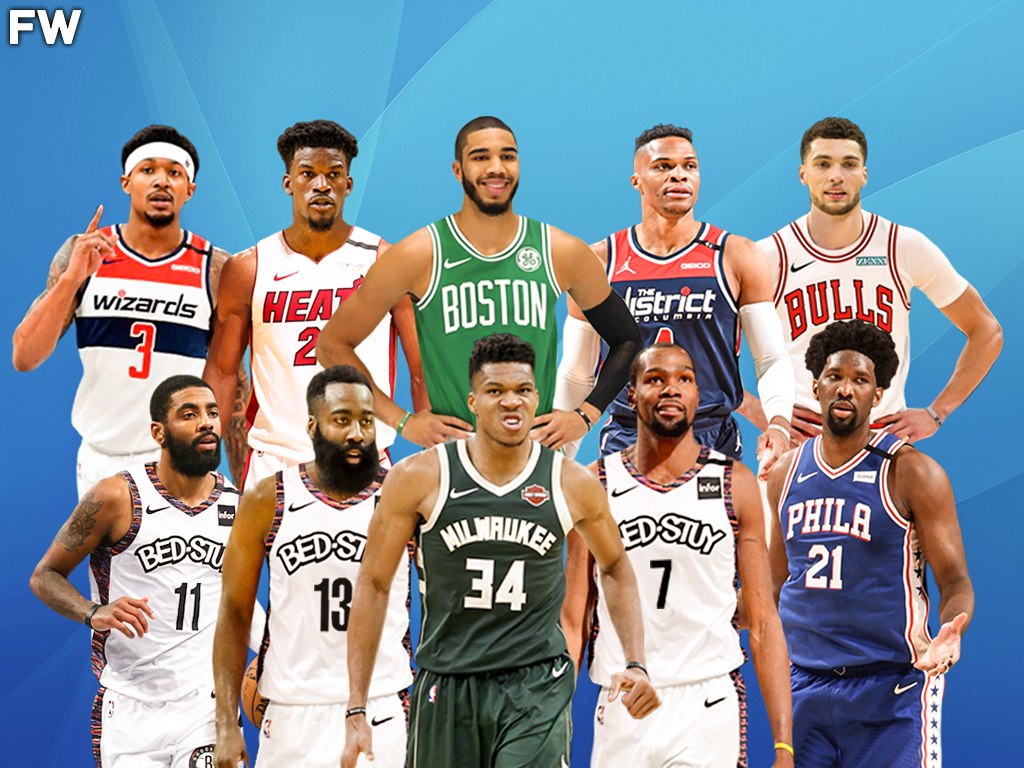 The Eastern Conference is no longer a weak conference. The East has a double MVP in Giannis Antetokounmpo, and the Brooklyn Nets are the most talented team in the entire league on paper. Kevin Durant, 4-time scoring champion and 2-time NBA champion, along with James Harden and Kyrie Irving gives the East 3 more superstars.

Joel Embiid is probably still the favorite for the MVP award with his dominant play, and Jayson Tatum has elevated his game to superstar status. Jimmy Butler may have a slow start this season, but he’s always there for the most important moments, and no one works better than he does.

Zach LaVine is playing very well right now and has earned superstar status. Russell Westbrook, on the other hand, hasn’t played well yet this season, but he’s going back to his triple-double mode.

With 10 dominant superstars in the East, the rest of the conference is filled with other top players. Jaylen Brown is becoming a star in his own right, and Bam Adebayo is almost as important to the Heat as Jimmy Butler.

Bradley Beal is the top scorer in the game averaging 34.9 PPG, and if he finds his way to another team, he could be recognized as one of the best players in the world. Other stars like Pascal Siakam, Trey Young are also players who can dominate games and deserve to be mentioned. 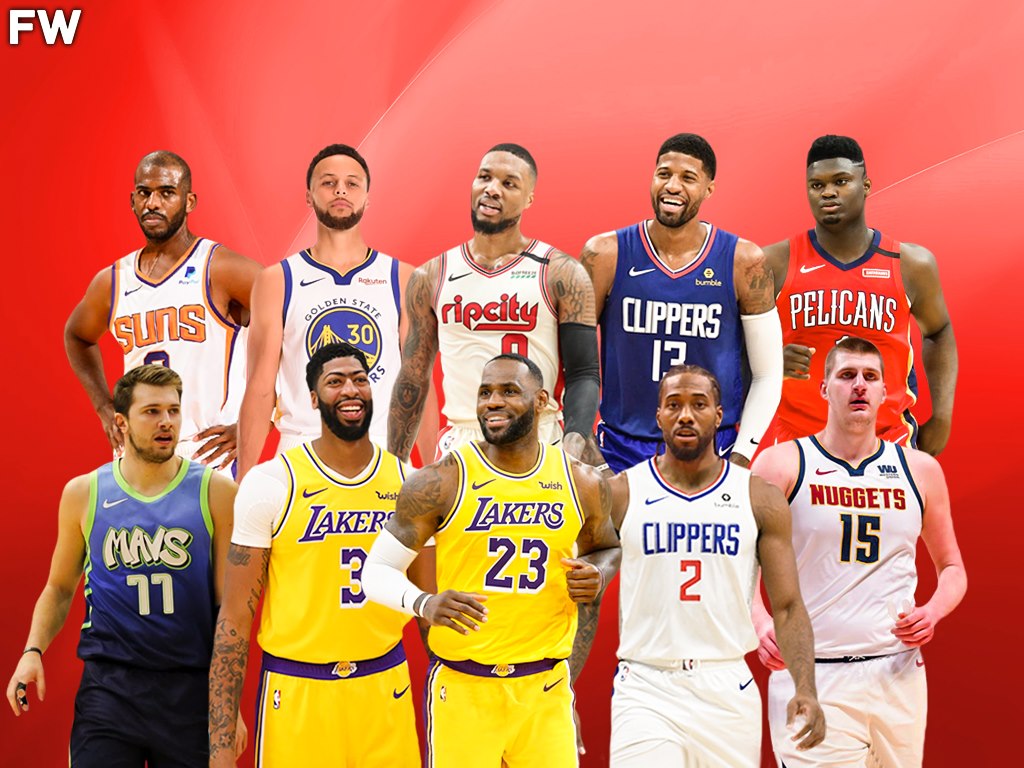 The Western Conference has been the dominant conference for years. We’ve seen the Lakers, Mavericks, Warriors and Spurs win 15 of the last 22 NBA titles. There seem to be more players in the West, and the road to the final has always been harder in the West. The current NBA also has some great players in the West, although it is very close in the East.

LeBron James, the best player in the world, lives out west with superstar Anthony Davis in his second season with the Lakers. LeBron and Davis won NBA titles in 2020 and will likely win one or two more in the coming years. Kawhi Leonard, two-time MVP of the Finals, is also one of the top NBA players playing in the West. Luka Doncic is probably the next face of the NBA after the retirement of LeBron James, Nikola Jokic could be the best center in the NBA, and his passing game is really something special to watch.

Damian Lillard and Paul George have been regular All-Stars for years and their ability to explode in attack is key to their team’s success. Stephen Curry is the best shooter in NBA history and the reason why the NBA game is the way it is, and in fact he has been one of the most influential athletes of all time.

Chris Paul is one of the best players in NBA history, and when he plays, this team can beat anyone in the league. After Anthony Davis, the New Orleans Pelicans have another superstar in the person of Zion Williamson, whose goal this season should be to qualify for the NBA playoffs.

Other NBA stars in the West are also very talented players like Donovan Mitchell, Devin Booker and Jamal Murray. Mitchell, Booker and Murray are incredibly talented goalies who thrive as secondary stars on their teams. Other stars like C.J. McCollum and Rudy Gobert deserve a mention.

Players like Michael Jordan, Bob Cousy, Oscar Robertson, Isaiah Thomas and Allen Iverson have represented the East with big wins over the years. Bob Pettitte, the NBA’s first MVP, won the MVP All-Star Game four times while representing the East, which is tied for the most in NBA history.

In the Western Conference, it was people like Magic Johnson, Tim Duncan, Shaquille O’Neal and Chris Paul who led the West to victory over the East. Lakers legend Kobe Bryant has 4 MVP All-Star Games, the most in NBA history with Bob Pettitte. West actually won the last 6 of 7 games before the introduction of the new All-Star format.

Outside of the All-Star Games, the difference between the superstars who played in the West and the superstars who played in the East is also interesting to see when looking at the current generation of gamers. In recent years, LeBron James has been nicknamed the Beast of the East as he led the Raptors against the likes of DeMar DeRozan, the Boston Celtics under Jason Tatum, the Atlanta Hawks and the Indiana Pacers under Paul George. LeBron and his teams were much better, which is why he made an incredible run of 8 consecutive appearances in the NBA Finals.

The Western Conference has been much more competitive over the past eight years. The San Antonio Spurs, Los Angeles Lakers, Dallas Mavericks, Oklahoma City Thunder, Memphis Grizzlies and Houston Rockets all fought their way to the Western Conference finals. The road to the final has been much more difficult in the West, leading many fans to believe that the West is more competitive.

But when you look at the talents of the two conferences in 2021, that’s no longer the case. At least three of the top five players in the world are members of the same Eastern team, and two others live with the Lakers in Los Angeles. The Bucks and Nets are also the top two teams in the East, with the talented 76ers (who have the best record in the East), the Miami Heat (who reached the Finals last year) and the Boston Celtics ready to fight for gold. The Lakers and Clippers are rightly playing in the West right now and both teams have a chance to win the title.

The amount of talent in the East is incredible, especially with James Harden, and the East seems to be coming back to prominence as the best conference in the NBA. The history of the NBA has shown that the East has won more All-Star Games, had the greatest players like Michael Jordan and Larry Bird, and produced some of the best talent in the NBA today.

5 reasons why Kevin Durant will win the MVP 2021 award.

The most iconic player in NBA history, on any NBA team.

On Sunday, the Philadelphia 76ers and the Toronto Raptors face off…