What are the NFL trends to look out for this season?

The game of football has changed so much over the years that if you are someone who frequently watches archive footage, you’d have to pause a few times to remember you’re watching the same sport. Sometimes, teams had quarterbacks who would stay in the pocket and throw passes from there, and apparently there used to be such a position as “fullback”. Back in the day, if you had had the chance to sign up with BetRivers promo code, you could be sure that the team with the better rushing game would win most of the time. And you’d have won with that bet, usually.

OK, so while those things haven’t disappeared entirely from the league, they’re not as common as they used to be, and the evolution of football is something that happens a little at a time. That’s how evolution happens, period, of course, but if you’ve been watching the NFL for a few decades, you’ve been able to watch how it happens in real time. A major part of this is the tactical innovations that cause viewers to go “huh?” the first time they see it, and over time become just an accepted element of the game. As we get close to the 2022 season kickoff, what can we expect to see more of this coming season?

Going for it on fourth down

You can probably mark the NFC Championship game down as the death of the punt on 4th and short. At least around midfield, anyway – it still makes sense to punt if you’re on your own 20, obviously. However, when leading by three, with a 4th and 2 just inside Rams territory, Kyle Shanahan chose to punt. Safety-first the decision may have been, but it didn’t spare the 49ers a defeat. In the past season, 39% of 4th down and 2 calls were to “go for it”. You can expect that to increase this season, as coaches seek to win, rather than not lose.

Going for two when you’re eight points down

Let’s specify what we mean by this: You’re behind by 14, and you score a touchdown, meaning the deficit narrows to 8. Kicking the PAT would bring it to a seven-point ballgame; another touchdown and you’re level. That’s a no-brainer, right? Well, not if you subscribe to the data that teams will usually convert at least one of every two 2-pointers.

Now, if you score that touchdown, it’s becoming more common to go for two, and if you succeed, another touchdown will give you the chance to go ahead even with a safe PAT. If you fail, you just try again on the next touchdown. This policy increases your chance of winning rather than chancing an overtime period which could end in defeat without you doing anything wrong.

Passing from first down

Of course teams have passed on first down before, even in those archive games, but as football becomes more and more of a passing sport, it’s seen more than ever – and it’s close to becoming the norm. You’re more than likely to see a quick-hit pass here, usually to a receiver just short of the sticks who can then attempt to break tackles for a first down. This has the effect of making defenses less likely to stack the box in readiness for a run – meaning that when you do run on first down, you’re likely to have more holes to run into and gain more ground. 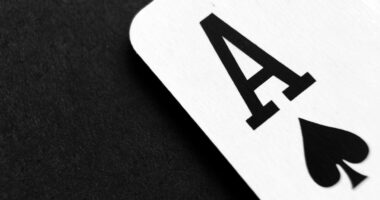